CAS has long been one of the principal centers for developing instrumentation for space and ground-based astronomy.  The Physics and Astronomy Department’s instrumental roots can be traced to JHU’s first Professor of Physics Henry A. Rowland, who developed the precision ruling engine that enabled routine production of high quality diffraction gratings, which ushered in a new era of quantitative spectroscopy as applied in both laboratory and astronomical settings. Profs. A. Herman Pfund, Robert W. Wood, John Strong and colleagues built on these efforts, a tradition we continue to this day. This section describes the department’s ground-based and space-based instrumentation efforts, which are in addition to the microwave background instrumentation development described in the Cosmology section.

Gerhard H. Dieke and William G. Fastie founded the sounding rocket program at JHU in 1961. To date, nearly 80 missions have been flown, each increasing in complexity, evolving from simple aeronomy missions outfit with scanning Ebert-Fastie spectrometers for measuring atmospheric emissions, to astronomy missions with fine pointed telescope and spectrograph combinations. Over 40 Ph.D. students have been trained on building these instruments over the years.

Sounding rocket programs are supported by NASA to create and support new science thrusts, enabled by new technologies, while developing the next generation of leaders in the space sciences. The Physics and Astronomy Department has two active sounding rocket programs focused on cutting edge problems in space astrophysics. Prof. Stephan McCandliss leads an effort to measure the escape fraction of Lyman alpha radiation from star forming galaxies with a new kind of spectro/telescope called Far-ultraviolet Off Rowland-circle Telescope for Imaging and Spectroscopy (FORTIS). Dr. Mary-Elizabeth Kaiser is working towards a launch of ACCESS, a instrument seeking to establish the absolute calibration of stellar standards to 1% or better.  These programs provide hands-on exposure of graduate and undergraduate students to project definition, instrument design, fabrication, testing, launch, data analysis and publication of results from a space-based mission.

Prof. McCandliss (pictured on the right) appeared on Discovery Channel when using a sounding rocket equipped with a spectro-telescope to observe Comet ISON in December 2013. 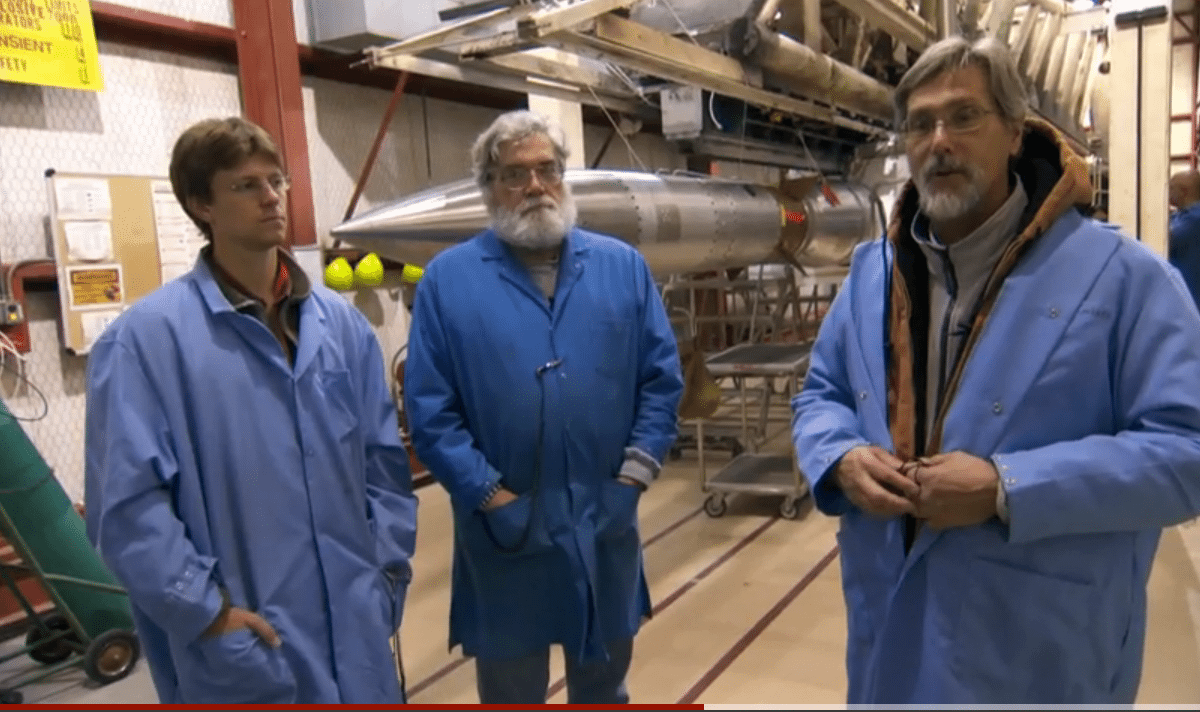 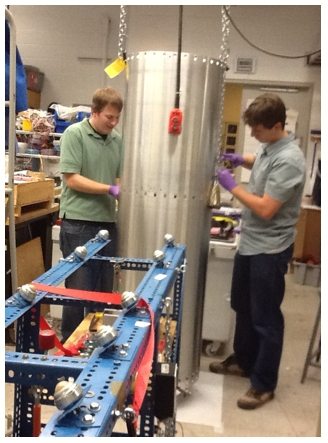 Low Earth Orbit and Beyond

The successes of the early sounding rocket program lead by William Fastie provided the scientific and technical basis for the development of the Apollo 17 Ultraviolet Spectrometer on a mission to search for a lunar atmosphere.  This effort was supported by Prof. Paul Feldman who later became PI of the sounding rocket program and was responsible for over 3 dozen launches.

The selection in 1978 of the Hopkins Ultraviolet Telescope(HUT) to fly on multiple Spacelab missions on the space shuttle was a turning point toward major space instrumentation projects. Prof. Arthur Davidsen, who got his start in the sounding rocket program, was the Principal Investigator.  HUT eventually flew on the Astro-1 (STS-35, Dec. 1990) and Astro-2 (STS-67, March 1995) space shuttle missions, both of which included Dr. Samuel Durrance (then at JHU) as a payload specialist.

CAS faculty and researchers played a major role in developing instrumentation for the Hubble Space Telescope (HST), such as the Faint Object Spectrograph (Profs. Arthur Davidsen and Holland Ford, Co-investigators) and Space Telescope Imaging Spectrograph (STIS; Prof. Warren Moos was a Co-investigator).  Prof. Holland Ford was the Co-principal investigator for COSTAR, the corrective optics package that was largely responsible for repairing HST’s mirror problem that was discovered after the initial launch in 1990. Ford went on to become Principal Investigator of the Advanced Camera for Surveys (ACS), one of the two imaging cameras currently onboard HST.

In 1988, Prof. Warren Moos, also a former sounding rocketeer, was selected as the Principal Investigator for the Far Ultraviolet Spectroscopic Explorer (FUSE) mission, and led an international team that not only designed and built the satellite, but was responsible for operating it for NASA from a control center in the Department’s Bloomberg Center for Physics and Astronomy.  FUSE was launched in June 1999 and operated for over eight years. Prof. William Blair was the chief of operations for FUSE, leading a group of 25-40 scientists and engineers at JHU.

Many faculty have successful research programs using major NASA facilities such as Hubble and Chandra. For example, Prof. Blair is working with HST to to understand the life cycle of stars and their impact on the galaxy as a whole.  Between HST, Chandra and a Magellan ground-based survey, Prof. Blair has collected data on nearly 300 supernova remnants in M83.

Prof. David Neufeld led a team that performed one of the first science programs with the GREAT spectrometer aboard NASA’s new airborne infrared observatory SOFIA. In an effort to provide state of the art second generation instrumentation for SOFIA, NASA selected Dr. Johannes Staguhn to provide a sensitive, large-format detector array to the High-resolution Airborne Wideband Camera Polarization (HAWC-Pol), to increase its observing efficiency and enable a broader range of targets.

Prof. Paul Feldman, Dr. Alan Uomoto, Dr. Stephen Smee and the JHU Instrument Development Group were key players in the design and construction of the multi-fiber spectrographs that were important elements of the Sloan Digital Sky Survey project.  Dr. Smee and the Group are now taking the lead role in constructing the dewars and the detectors of a new Prime Focus Spectrograph, SuMIRe, for the 8-m Subaru telescope on Mauna Kea.

We expect that CAS will continue to be a center for both ground and space-based instrument development as NASA and other agencies look toward future projects such as the Wide-Field X-ray Telescope spearheaded by Prof. Stephen S. Murray, and the Wide-Field Infrared Space Telescope and new Explorer missions that were the highest ranked priorities of the Astro2010 Decadal Survey.