The faculty members with primary research interests in gravitational-wave astronomy are Emanuele Berti, Marc Kamionkowski, Julian Krolik, Joe Silk, Nadia Zakamska, Surjeet Rajendran, David Kaplan, Ibrahima Bah and Jared Kaplan.
The first binary black hole merger event detected by the LIGO/Virgo Collaboration (GW150914) started a new era in observational astronomy. The aftermath of the first binary neutron star merger detected in gravitational waves (GW170817) was seen across the electromagnetic spectrum by 70 observatories on 7 continents and in space, confirming that short gamma-ray bursts can be caused by neutron star mergers, and that kilonovae are candidates for the production of half the chemical elements heavier than iron in the Universe. 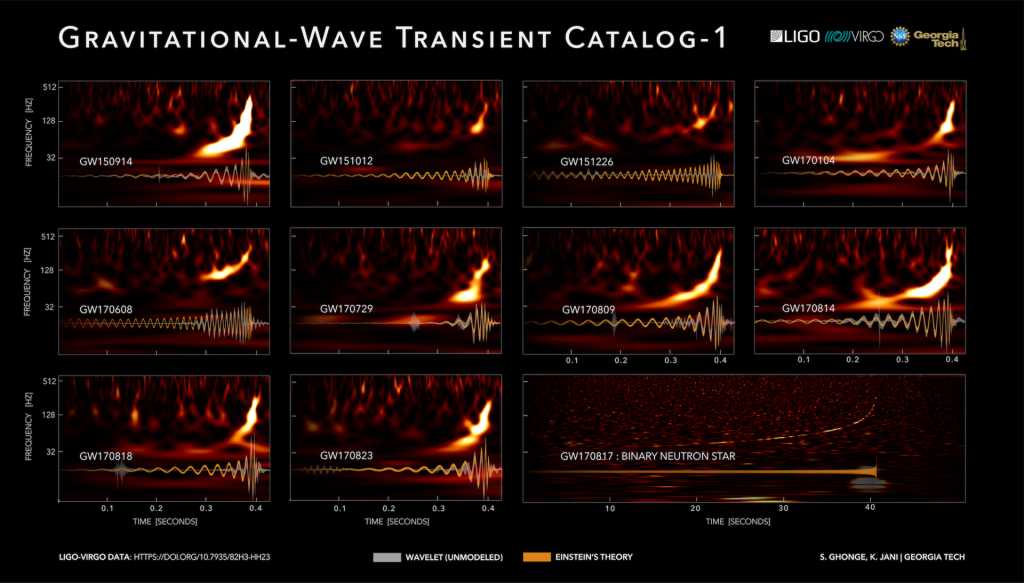 The LIGO/Virgo network is now observing binary mergers and releasing public alerts on a weekly basis. The observed population is shedding light on the astrophysical formation mechanism of black holes and neutron stars. Gravitational wave detections have already been used to test general relativity in the previously unexplored strong gravity regime; to place bounds on the mass of the graviton and ultralight bosons; to constrain possible modifications of general relativity; and even to measure the Hubble constant  A Japanese detector (KAGRA) will soon join these searches, a LIGO-India observatory is under construction, and third-generation observatories (the Einstein Telescope and Cosmic Explorer) are under development. ESA and NASA are partners in the development of a space-based gravitational-wave detector, the Laser Interferometer Space Antenna (LISA, currently scheduled for launch in 2034), which should observe – among other sources – the mergers of massive black holes throughout the Universe. The International Pulsar Timing Array (IPTA) consortium is striving to detect and characterize the low-frequency gravitational-wave universe through timing a global array of approximately 100 millisecond pulsars using the largest radio telescopes in the world. There is also great progress in the use of atom interferometry to detect gravitational waves. 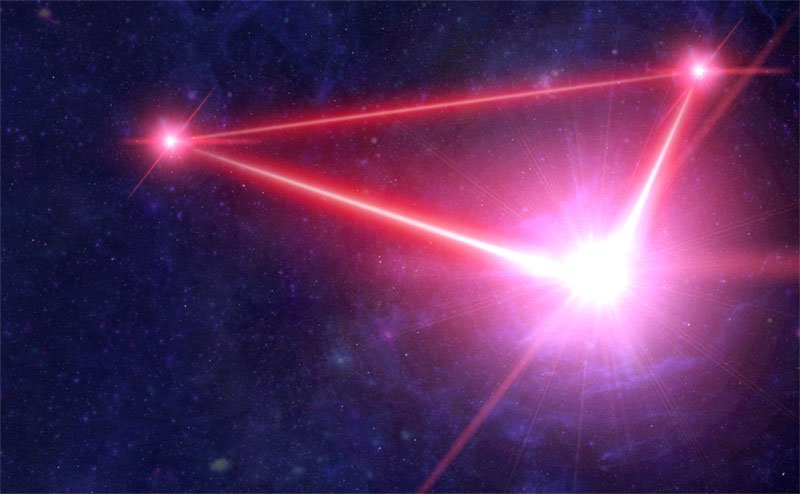