Umm el-Marra, a regional center founded in the period of urban emergence and occupied throughout the Bronze Age, provides a document of the changing fortunes of a west Syrian Bronze Age center and affords insight into the transformations of the society it was part of. Although the identification of Umm el-Marra with Tuba has not yet been proven, it remains probable given the existence of a wealthy elite at the site in the Early Bronze Age, the community’s resurgence in the Yamhad period, and its abandonment by the end of Late Bronze, the latest period in which Tuba is mentioned.

In our next stage of research, we hope to continue the excavation of the Umm el-Marra Acropolis Center, investigating the Early Bronze elite tomb complex and the Middle Bronze platform above it, acquiring new evidence on elite ideology, mortuary behavior, and communal ritual in the third and second millennia BC. In addition, the lower parts of the tell require further investigation to complement the results on the acropolis. 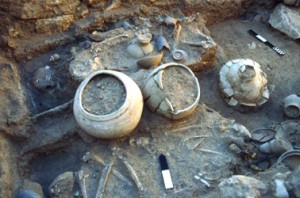 Evidence from two soundings to virgin soil in the Acropolis North and Acropolis East indicates that Umm el-Marra was founded ca. 2700 BC, in the earlier part of the Early Bronze Age (Umm el-Marra Period VI). This date is suggested via ceramic parallels to earlier third millennium BC occupations at Tell Sweyhat and Amuq G-H. […] 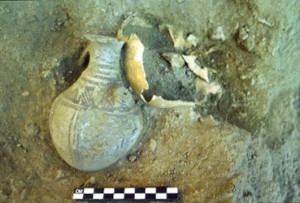 In the late 3rd and early 2nd millennium BC, many Syrian cities suffered a reduction in their size or were abandoned altogether. Debate over the nature of this “collapse” and the reasons for it is vigorous and ongoing. At Umm el-Marra, urban troubles are attested by an abandonment of the Acropolis East and other locations […] 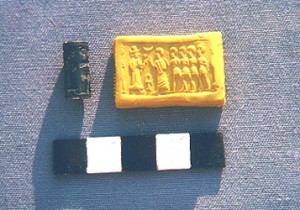 Major change occurs in Middle Bronze II, probably at the same time that the powerful Yamhad kingdom based at Aleppo makes its appearance. At Umm el-Marra, excavations revealed an energetic program of public works including new earth and cobble ramparts encircling the site and evidence of a mudbrick city wall on top. Inside the city […]