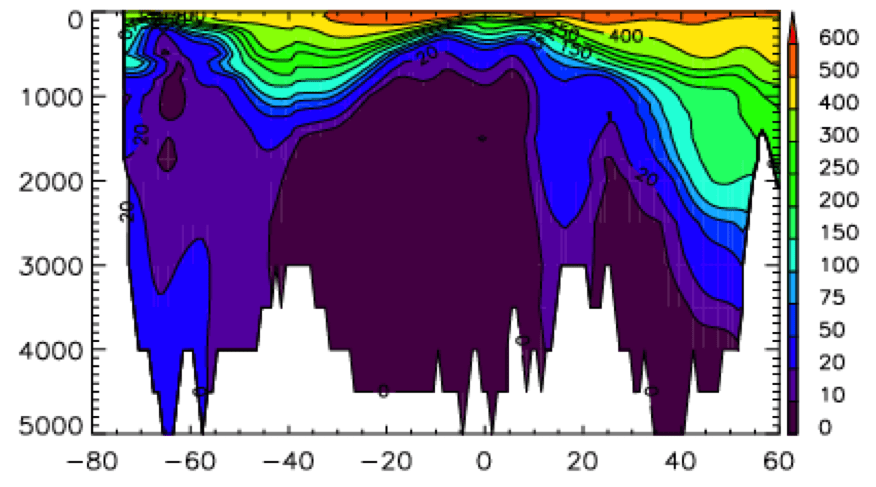 The transport of surface waters into the interior (”ventilation”) of the southern oceans plays an important role in global climate and the cycling of carbon, oxygen, and nutrients in the oceans. We are using observations and models to explore changes in this ventilation.

Analysis of measurements of the man-made compounds CFC-12 and SF6 shows large-scale coherent changes in ventilation times, with decreases in the subtropical thermocline and intermediate waters and increases in circumpolar deep waters. These inferred changes are qualitatively consistent with expected response due to the observed changes in surface winds.

We are using model simulations to better quantify the response of southern ocean ventilation to changes in westerly winds and the Southern Annular Mode (SAM), and examine the cause of the observed changes.