Louis Galambos is a Professor of Economic and Business History and Editor of The Papers of Dwight David Eisenhower (21 volumes) at The Johns Hopkins University. He is a Founder & Co-Director of the Institute for Applied Economics, Global Health, and the Study of Business Enterprise at The Johns Hopkins University in Baltimore. Prof. Galambos has served as President of the Business History Conference and the Economic History Association. A former editor of The Journal of Economic History, he has written extensively on U.S. business history, on business-government relations, on the economic aspects of modern institutional development in America, and on the rise of the bureaucratic state. His books include Competition and Cooperation: The Emergence of a Modern Trade Association; The Changing Economic Order; The Public Image of Big Business in America, 1880-1940; America at Middle Age; and The Rise of the Corporate Commonwealth: U.S. Business and Public Policy in the Twentieth Century. He is president and a principal of the Business History Group, a consulting organization, and has been an historical consultant to Merck & Co., Inc., Pacific Telesis Group, AT&T, and the World Bank Group.

In addition to editing The Papers of Dwight David Eisenhower, Galambos has edited (with Robert Gallman) the Cambridge University Press series Studies in Economic History and Policy: The United States in the Twentieth Century. At Johns Hopkins University Press, he has edited The Johns Hopkins/AT&T Series in Telephone History and has published extensively on the historical development of America’s telecommunications system and its relationship with the government. He is co-author of The Fall of the Bell System and most recently Anytime, Anywhere: Entrepreneurship and the Creation of a Wireless World.

Prof. Galambos’ major current interest is the process of innovation and its links to the growth of large-scale organizations, professional institutions, and new government programs in the twentieth century. He began this line of inquiry with his analysis of the Bell System and is continuing his research and writing on this subject in a series of studies of the pharmaceutical firm Merck & Co., Inc. He authored the historical section of Values and Visions: A Merck Century, the company’s centennial volume. Also related are three recent books he coauthored that have been published by Cambridge University Press: Networks of Innovation: Vaccine Development at Merck, Sharp & Dohme, and Mulford, 1895-1995; Medicine, Science and Merck; and The Moral Corporation (the last two works were co-authored with Dr. Roy Vagelos, former Chairman of Merck). His study of The Creative Society – and the Price Americans Paid for It was published in 2012 at Cambridge University Press and he co-edited (with Jeffrey Sturchio) Noncommunicable Diseases in the Developing World (Johns Hopkins University Press, 2014). 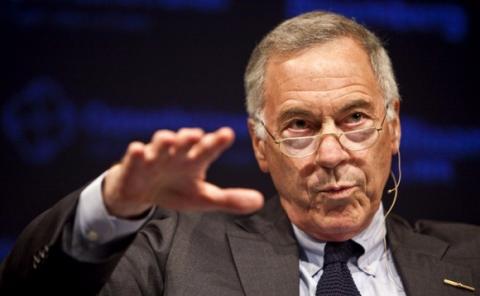 Steve H. Hanke is a Professor of Applied Economics and Founder & Co-Director of the Institute for Applied Economics, Global Health, and the Study of Business Enterprise at the Johns Hopkins University in Baltimore. He is a Senior Fellow and Director of the Troubled Currencies Project at the Cato Institute in Washington, D.C., a Senior Advisor at the Renmin University of China’s International Monetary Research Institute in Beijing, a Special Counselor to the Center for Financial Stability in New York, a contributing editor at Central Banking in London, and a contributor at the National Review. Prof. Hanke is also a member of the Charter Council of the Society of Economic Measurement and of Euromoney Country Risk’s Experts Panel.

In the past, Prof. Hanke taught economics at the Colorado School of Mines and at the University of California, Berkeley. He served as a Member of the Governor’s Council of Economic Advisers in Maryland in 1976-77, as a Senior Economist on President Reagan’s Council of Economic Advisers in 1981-82, and as a Senior Advisor to the Joint Economic Committee of the U.S. Congress in 1984-88. Prof. Hanke served as a State Counselor to both the Republic of Lithuania in 1994-96 and the Republic of Montenegro in 1999-2003. He was also an Advisor to the Presidents of Bulgaria in 1997-2002, Venezuela in 1995-96, and Indonesia in 1998. He played an important role in establishing new currency regimes in Argentina, Estonia, Bulgaria, Bosnia-Herzegovina, Ecuador, Lithuania, and Montenegro. Prof. Hanke has also held senior appointments in the governments of many other countries, including Albania, Kazakhstan, the United Arab Emirates, and Yugoslavia.

Prof. Hanke has been awarded honorary doctorate degrees by the Bulgarian Academy of Sciences, the Universität Liechtenstein, the Universidad San Francisco de Quito, the Free University of Tbilisi, Istanbul Kültür University, Varna Free University, and the D.A. Tsenov Academy of Economics in recognition of his scholarship on exchange-rate regimes. He is a Distinguished Associate of the International Atlantic Economic Society, a Distinguished Professor at the Universitas Pelita Harapan in Jakarta, Indonesia, a Professor Asociado (the highest honor awarded to international experts of acknowledged competence) at the Universidad del Azuay in Cuenca, Ecuador, a Profesor Visitante at the Universidad Peruana de Ciencias Aplicadas (the UPC’s highest academic honor), and the ECAEF Gottfried von Haberler Professor at the European Center of Austrian Economics Foundation in Liechtenstein. In 1998, he was named one of the twenty-five most influential people in the world by World Trade Magazine. In 2020, Prof. Hanke was named a Knight of the Order of the Flag. Click here to read about Prof. Hanke’s knighthood.

Prof. Hanke is a well-known currency and commodity trader. Currently, he serves as Chairman of the Supervisory Board of Advanced Metallurgical Group N.V. in Amsterdam and Chairman Emeritus of the Friedberg Mercantile Group, Inc. in Toronto. During the 1990s, he served as President of Toronto Trust Argentina in Buenos Aires, the world’s best-performing emerging market mutual fund in 1995.

Prof. Hanke and his wife, Liliane, reside in Baltimore and Paris. 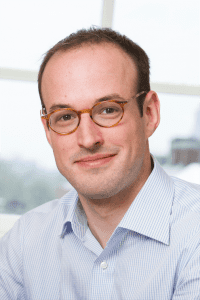 Angus Burgin is Assistant Professor of History and Co-Director of the Institute for Applied Economics, Global Health, and the Study of Business Enterprise at The Johns Hopkins University in Baltimore.  His recent book, The Great Persuasion: Reinventing Free Markets since the Depression (Harvard University Press, 2012), explores the transformation of market advocacy over the middle decades of the twentieth century.  It received the Merle Curti Award from the Organization of American Historians and the Joseph Spengler Prize from the History of Economics Society, was listed as an “Outstanding Academic Title” by Choice (2013), and was named a “Book of Exceptional Merit” by the Society for U.S. Intellectual History.

Burgin received his Ph.D. in 2009 from Harvard University, where his work was supported by fellowships from the Mellon Foundation and the Newcombe Foundation.  More recently he was a Visiting Scholar at the American Academy of Arts and Sciences.  He serves on the faculty editorial board of Johns Hopkins University Press, and is an executive editor of the series “Intellectual History of the Modern Age” with the University of Pennsylvania Press.

He is currently writing an intellectual history of post-industrialism, exploring how new technological capacities in the postwar era transformed ideas about the future of work, knowledge, leisure, time, and space.

Join the newsletter!
Join Prof. Hanke's newsletter by clicking the button above.