My overall research interest is the fundamental understanding of the physics of the basin-scale ocean and its role in Earth’s climate. I am involved in improving estimates of the geophysical state of the ocean circulation through analysis of field data and circulation model results. The subpolar North Atlantic and Arctic Ocean ventilation process (rates, pathways, variability, and mechanisms) interest me in particular. High latitude physical oceanography, in both hemispheres, is another research theme. I also investigate key physical processes that maintain the state of the global upper ocean focusing on fluid dynamics and thermodynamics and their role in controlling sea surface temperature variability over years to decades. These are all examples of rotating stratified fluid dynamics, an amazing and beautiful subject.

Knowledge of these processes is vital if we are to describe and understand climatic fluctuations on time-scales of years to decades. At these low frequencies we know that the ocean and atmosphere interact as a coupled system. Understanding low frequency natural climate perturbations is clearly a problem of special current relevance. Further, explaining natural climate variability is a prerequisite of addressing mankind’s effect on global climate.

Moreover, this understanding guides our thinking about other oceans in time and space. Recent discoveries of extra-terrestrial oceans in our solar system and recognition of how much Earth’s ocean has changed in the past, galvanizes me to think about the role of oceans in planetary system dynamics writ large.

It is the duty of philosophers to determine and adjust their various elements, according to the sublime model of astronomical science, in order that some of those eternal laws may be made known by which the climatic changes of the firmament are dependent on the liquid and aerial currents of our planet. 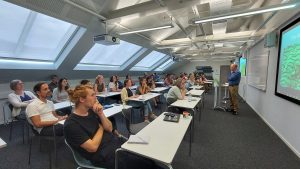 Tom gave a Bjerknes seminar at the University of Bergen. He’s been a Bjerknes Fellow in 2022 and visiting wonderful Bergen. The talk’s title was: “Denmark Strait Overflow: The Greatest Waterfall you’ve Never Heard of” 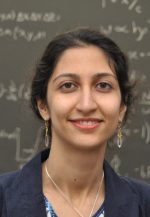 Atousa Saberi has been awarded her PhD in Earth & Planetary Sciences. Atousa’s thesis title is “Kinematics and dynamics of oceanic overflows: Application to the Denmark Strait and Faroe Bank Channel.” A link to the pdf of her thesis is here (or will be available soon). Atousa is beginning a postdoc fellowship at NASA Goddard […]

Check out this cool video about Atousa’s research on the Denmark Strait Overflow!

Tom has given a colloquium entitled “It is by the deep hidden currents that the oceans are made one” at the Goddard Scientific Colloquium. The talk title is a quote from Rachel Carson’s book Silent Spring.