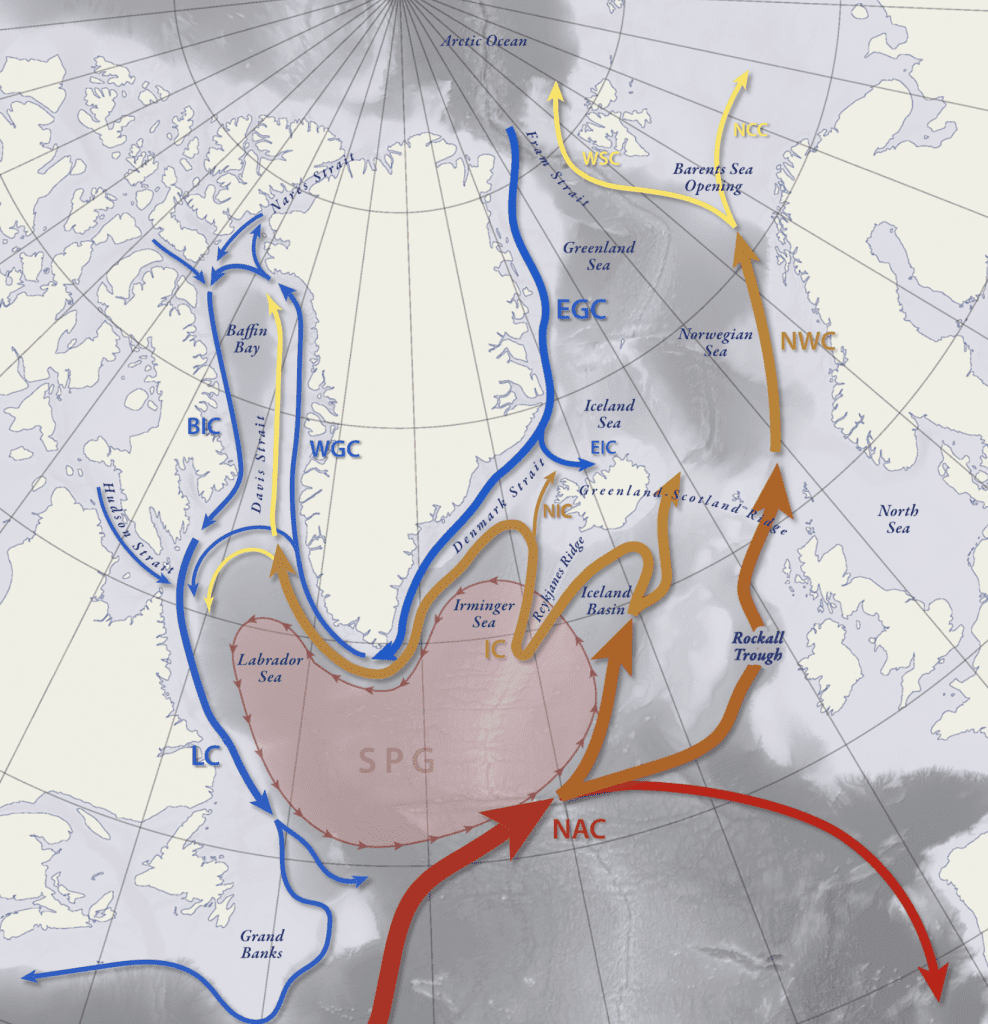 Overview: This project will demonstrate the value of satellite salinity measurements by using them to derive and predict changes in dense water mass properties in the Labrador Sea, which is one of the key variables in the Earth’s climate system and global ocean circulation. The occurrence and intensity of deep convection in the Labrador Sea is determined by the strength of the ocean stratification and wintertime atmospheric conditions. The upper Labrador Sea is stratified by salinity in winter and the buoyancy erosion happens almost exclusively through surface heat fluxes. Thus, local surface salinity is a prime indicator for the likelihood of convection. Furthermore, salinity properties in the two upper—buoyant—layers of the Labrador Sea is advected in from the surface Arctic Ocean and surface subtropical North Atlantic Basin, respectively. Thus, it is largely predictable ahead of time. The objectives of the project are to demonstrate to what extent (1) satellite surface salinity measurements in the Labrador Sea can be used to derive changes in dense water mass properties, and (2) satellite surface salinity measurements over the Arctic and Subtropical North Atlantic can be used to predict changes in dense water mass properties in the Labrador Sea.