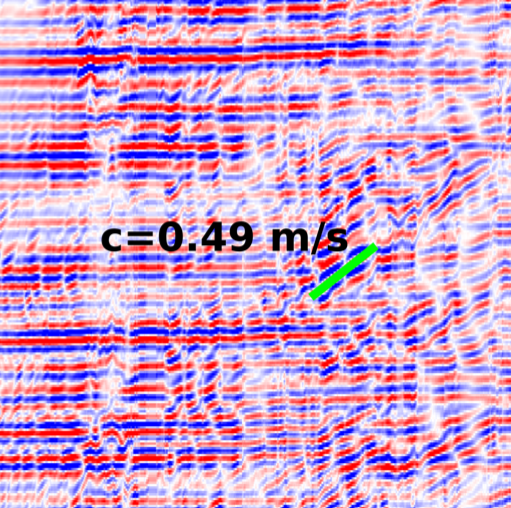 Associate Research Scientist Renske Gelderloos has published a paper in JPO on Coastal Trapped Waves and other subinertial variability along the Southeast Greenland Coast in a realistic numerical simulation.

The abstract reads:
Ocean currents along the Southeast Greenland Coast play an important role in the climate system. They carry dense water over the Denmark Strait sill, fresh water from the Arctic and the Greenland Ice Sheet into the subpolar ocean, and warm Atlantic water into Greenland’s fjords, where it can interact with outlet glaciers. Observational evidence from moorings shows that the circulation in this region displays substantial subinertial variability (typically with periods of several days). For the dense water flowing over the Denmark Strait sill, this variability augments the time-mean transport. It has been suggested that the subinertial variability found in observations is associated with Coastal Trapped Waves, whose properties depend on bathymetry, stratification, and the mean flow. Here, we use the output of a high-resolution realistic simulation to diagnose and characterize subinertial variability in sea surface height and velocity along the coast. The results show that the subinertial signals are coherent over hundreds of kilometers along the shelf. We find Coastal Trapped Waves on the shelf and along the shelf break in two subinertial frequency bands—at periods of 1–3 days and 5–18 days—that are consistent with a combination of Mode I waves and higher modes. Furthermore, we find that northeasterly barrier winds may trigger the 5–18 day shelf waves, whereas the 1–3 day variability is linked to high wind speeds over Sermilik Deep.