July 17, 2019 – CLASS on NPR’s All Things Considered: “Telescope In Chile’s Mountains Looks For Signals To Explain How The Universe Began”

November 17, 2016 – How did the universe really begin? Schnydman Scholar helps build new CLASS of telescopes to find the answer

August 4, 2016 – Searching for a tiny signal from the very beginning of the universe

November 2, 2015 – Hopkins telescope takes a big step toward the origins of the universe 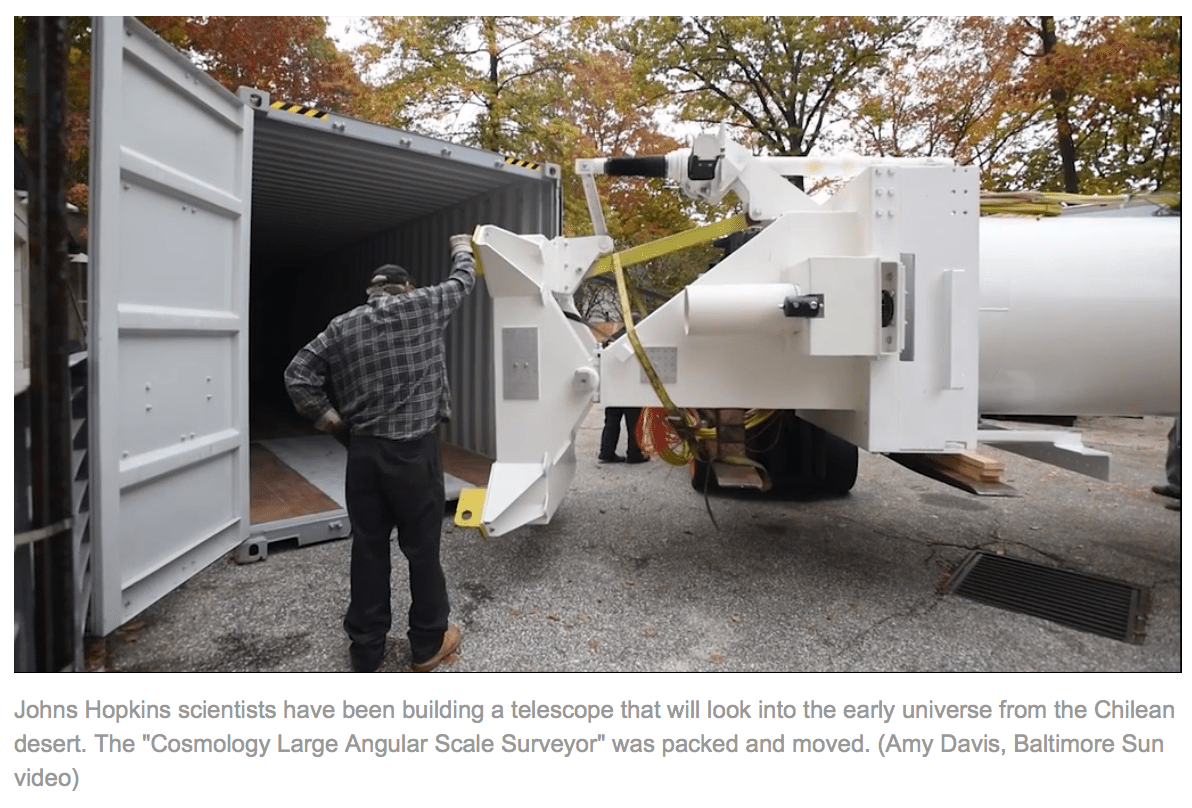 Click the image above to watch a video produced by The Baltimore Sun about the beginning of the voyage from Baltimore to Chile.