Because of their inherent instability, hydropersulfides (RSSH) must be generated in situ using precursors.  We have recently reported two new classes of hydropersulfide precursors: S-substituted thiosiothioureas and alkylamine-substituted perthiocarbamates. Both classes show efficient and controllable release of RSSH under physiological conditions. The alkylamine-substituted perthiocarbamamtes can also serve as carbonyl sulfide (COS) donors in the presence of thiol. Langendroff studies conducted with 7b show that treatment with this persulfide donor is cardioprotective against myocardial ischemic/reperfusion injury.

Previous work in our lab focused on the reaction of HNO with thiols. Recently, we published an expansion of these studies with other reactive sulfur species: H2S and RSSH. The reaction of HNO with H2S produces either hydrogen polysulfides (H2Sn) or S8 depending on their relative concentrations. Both S8 and H2Sn are believed to be involved in cellular sulfane sulfur homeostasis. In this study, we also confirmed that persulfides exhibit enhanced nucleophilicity compared to thiols, which is the result of more than just differences in pKa. This difference in reactivity provides a possible explanation for the specificity of HNO signaling.

Due to its inherent reactivity, nitroxyl (HNO), must be generated in situ through the use of donor compounds, but very few physiologically useful HNO donors exist. Novel N-substituted hydroxylamines with carbon-based leaving groups have been synthesized, and their structures confirmed by X-ray crystallography. These compounds generate HNO under nonenzymatic, physiological conditions, with the rate and amount of HNO released being dependent mainly on the nature of the leaving group. A barbituric acid and a pyrazolone derivative have been developed as efficient HNO donors with half-lives at pH 7.4, 37 °C of 0.7 and 9.5 min, respectively. PDF

A wide range of N,O–bis-acylated hydroxylamine derivatives with chloro or arenesulfonyl leaving groups, and a related set of N-hydroxy-N-acylsulfonamides, have been synthesized and evaluated for nitroxyl (HNO) production. Mechanistic studies have revealed that the observed aqueous chemistry is more complicated than originally anticipated, and have been used to develop a new series of efficient HNO precursors (4u–4x, 7c–7d) with tunable half-lives. PDF

Oxidation of N-hydroxy-L-arginine by excess hypochlorous acid (HOCl) is examined by membrane inlet mass spectrometry and gas chromatography. The major products are determined to be HNO and HNO-derived N2O. The analogous production of HNO from HOCl oxidation of hydroxylamine, hydroxyurea, and (to a lesser extent) acetohydroxamic acid is also observed. PDF

Membrane inlet (or introduction) mass spectrometry (MIMS) was used to detect nitroxyl (HNO) in aqueous solution for the first time. The common HNO donors Angeli’s salt (AS) and Piloty’s acid (PA), along with a newly developed donor, 2-bromo-N-hydroxybenzenesulfonamide (2-bromo-Piloty’s acid, 2BrPA), were examined by this technique. MIMS experiments revealed that under physiological conditions 2BrPA is an essentially pure HNO donor, but AS produces a small amount of nitric oxide (NO). In addition, MIMS experiments also confirmed that PA is susceptible to oxidation and NO production, but that 2BrPA is not as prone to oxidation. PDF

Characterization and reactivity of HNO-derived modifications in peptides and proteins

HNO, a potential heart failure therapeutic, is known to post-translationally modify cysteine residues. Among reactive nitrogen oxide species, the modification of cysteine residues to sulfinamides [RS(O)NH2] is unique to HNO. Because this modification can alter protein structure and function, we have examined the reactivity of sulfinamides in several systems, including small organic molecules, peptides, and a protein. At physiological pH and temperature, relevant reactions of sulfinamides involve reduction to free thiols in the presence of excess thiol and hydrolysis to form sulfinic acids [RS(O)OH]. In addition to utilizing ESI-MS and other spectroscopic methods to study sulfinamide reduction, we have applied 15N-edited 1H-NMR techniques to sulfinamide detection and used this method to explore sulfinamide hydrolysis. We have also investigated the effect of local environment on the reactivity of HNO with C-terminal cysteines. HNO has been shown to enhance cardiac sarcoplasmic reticulum Ca2+ cycling independent of the β-adrenergic pathway. In a collaborative project, the effects of HNO on the cardiac protein, phospholamban (PLN) was investigated. PDF PDF 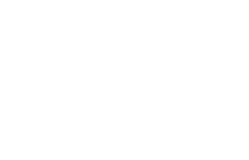 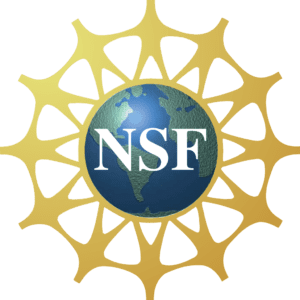