At least for writing of manuscript (non-cursive) characters, any character could be written in many different ways:  with different orders and directions of strokes.  However, some of the possible stroke patterns are clearly ‘better’ than others.  For example, stroke patterns 1) and 2) below are sensible ways to write A, but 3) seems less sensible, and is rarely if ever observed in actual writing.  What, though, determines whether a stroke pattern is sensible?  Researchers have proposed several principles (e.g., start at the top, don’t lift the pen), but these principles frequently come into conflict, and are often violated.

In her recent dissertation, Ph.D. student Gali Ellenblum addressed this issue via computational modeling carried out within the framework of Optimality Theory (OT).  Rather than hard-and-fast rules that must be followed, OT posits soft constraints that can be violated.  OT further assumes a ranking of constraints, such that some are more important than others.  In this framework, the optimal forms—in this case the optimal stroke patterns for writing characters—are determined by which constraints are violated and how highly the constraints are ranked.  A stroke pattern that violates only low-ranked constraints will be better (more optimal) than a pattern that violates higher-ranked constraints.

Gali Ellenblum applied this framework to writing in English and Hebrew, showing that both the stroke patterns taught in school, and the patterns adults actually use in their writing, can be modeled successfully with ranked violable constraints. 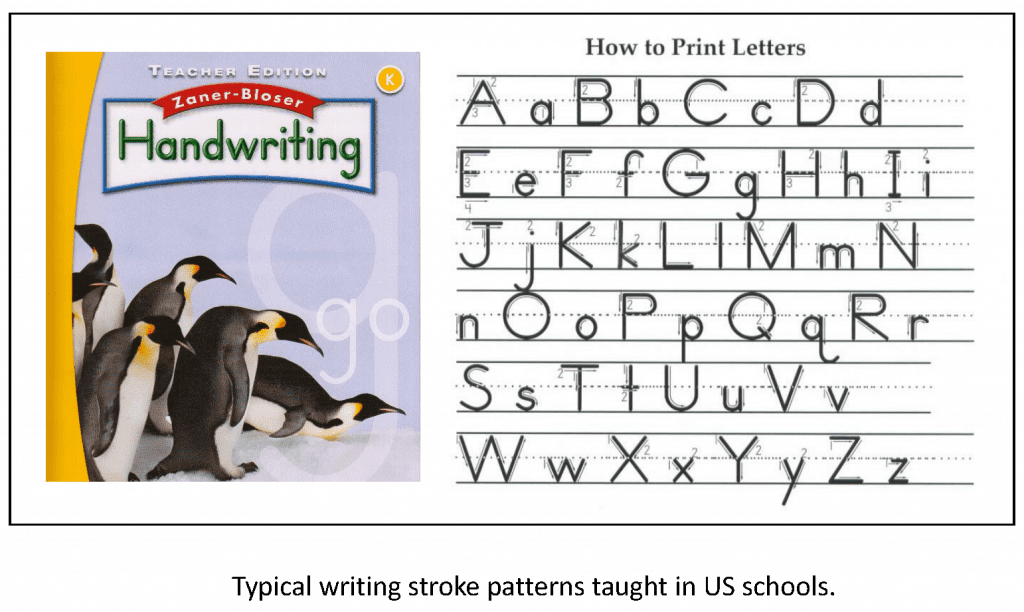