Writing involves multiple levels of representation, starting with a concept to be expressed, and ending with neuromuscular commands that drive the writing movements.  This research focuses on one of these levels, that of the graphic motor plan.

Most theorists assume that when we learn to write a character, such as upper-case manuscript A, we learn a motor plan that specifies the sequence of writing strokes for producing the character.  The graphic motor plans are thought to be effector-independent, meaning that they can be executed with any effector.  On this account, once you have learned a motor plan for writing A, you can execute that plan with your right hand, left foot, nose, or so forth. 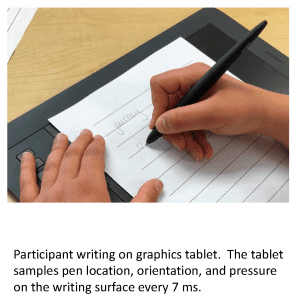 In current work we are exploring a variety of questions concerning graphic motor plans (e.g., how are stroke patterns represented in graphic motor plans; are the plans effector-independent)?  In our studies participants write on a graphics tablet, and we analyze pen movements to characterize stroke patterns as well as other features of the writing (e.g., dysfluencies).  Participants include neurotypical adults, and brain-damaged individuals with writing deficits. 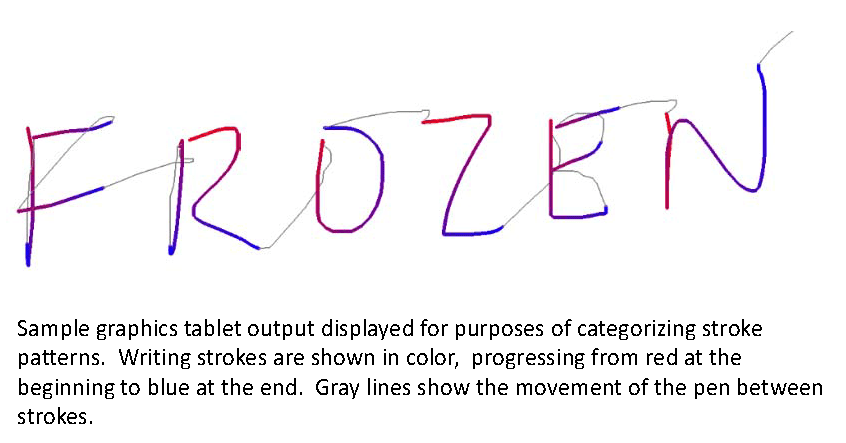 One recent study probed writing in NGN, a 77-year-old man who suffered a stroke.  NGN’s ability to spell words was intact, as indicated by his normal performance in spelling words aloud (e.g., dictated stimulus “black”, response “B-L-A-C-K”).  However, when writing words, NGN made frequent letter substitution errors, as shown in these examples: 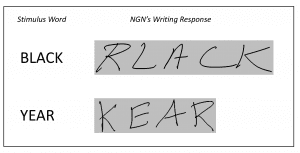 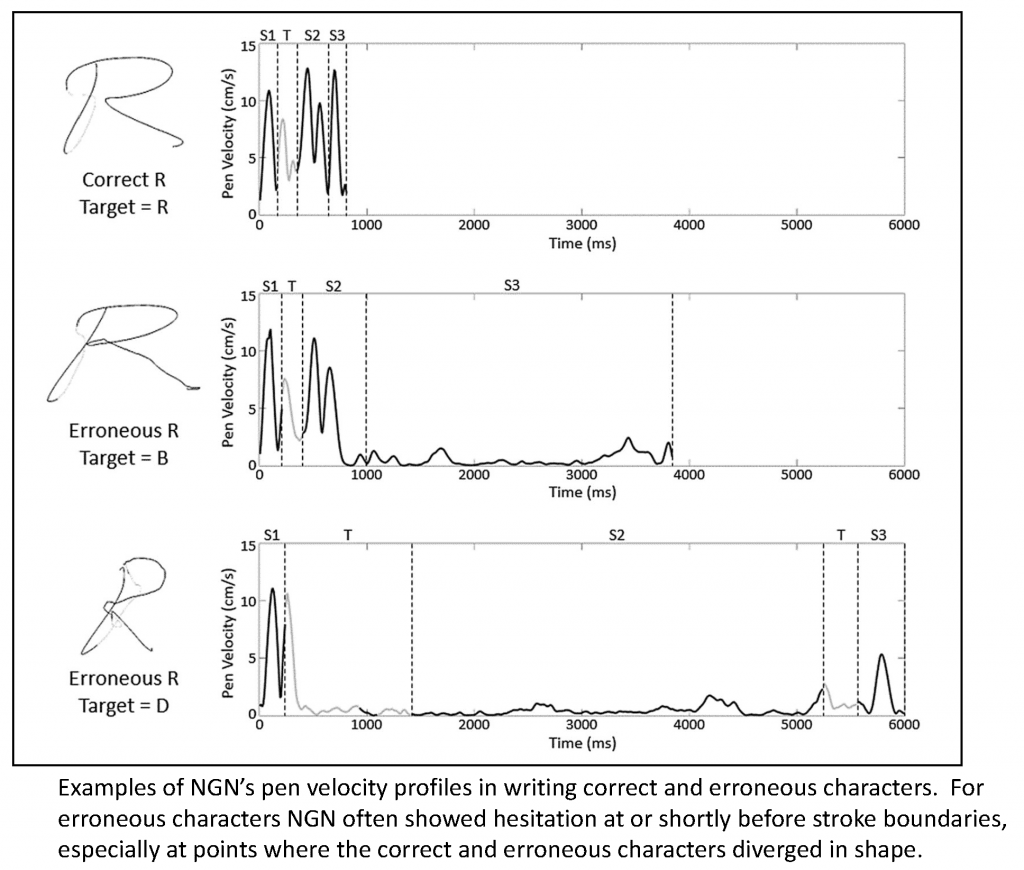