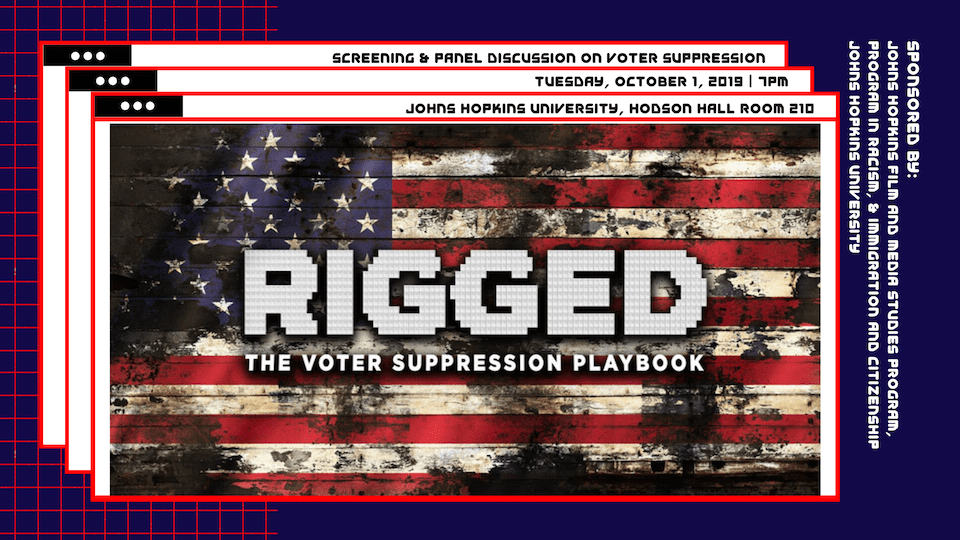 RIGGED takes a rigorous look at voter suppression and sparks discussion on the actions needed to protect our democracy.

Shot principally during the 2016 election,  tracks a systematic, decade-long effort to suppress votes at scale and reverse the growing demographic tide of new, young, non-white voters who helped elect President Barack Obama in 2008. It details a variety of voter suppression “plays,” or tactics, ranging from the purging of voting rolls and passing of new, restrictive voter ID laws to gerrymandering and voter intimidation. The film also includes interviews with Republican strategists detailing how the game was played as well as interviews with leading voting rights advocates, law professors, demographers and Democratic strategists.